Fabbrica is a sans serif typeface inspired by the industrial production world, from which it takes a functional, utilitarian aesthetic while maintaining a distinctive elegance.
Buy Fabbrica
or Get Trial fonts
For several years, brands have favoured round, smooth typefaces based on simple geometric shapes. There are excellent reasons to do so, and the market offers plenty of valid alternatives, growing by the week. At the same time, many type designers are coming up with new explorations that aim to diversify an increasingly homogenized visual landscape. Organic shapes, super-contrasts, 70s vibe, de-constructed forms. Like never before, brands have a broad range of options to support their identity.
In this picture, Fabbrica shows its technical engineered nature, sitting comfortably in a place where uniqueness and functionality found their balance. Geometric does not necessarily mean simple. And complexity does not necessarily affect usability. Trying not to compromise distinctiveness for neutrality, this is how the project brings up its own character.

Architectural proportions
From a broader perspective, the architectural quality of the alphabet is the first thing that comes through. Letters are like concrete blocks. The homogenous widths define a clear and reassuring pace. The closed shapes of C, G and S, the wide, flat apexes of A, V and W, and the overall boxed counters, emphasise the concept of the letter as a container. Within each shape, the relationship between counters shifts the weight from a neutral barycentre, creating a more distinctive tension. It breaks the static feeling typical of a more conservative approach, favouring what we could define as a constrained dynamism. ‍ 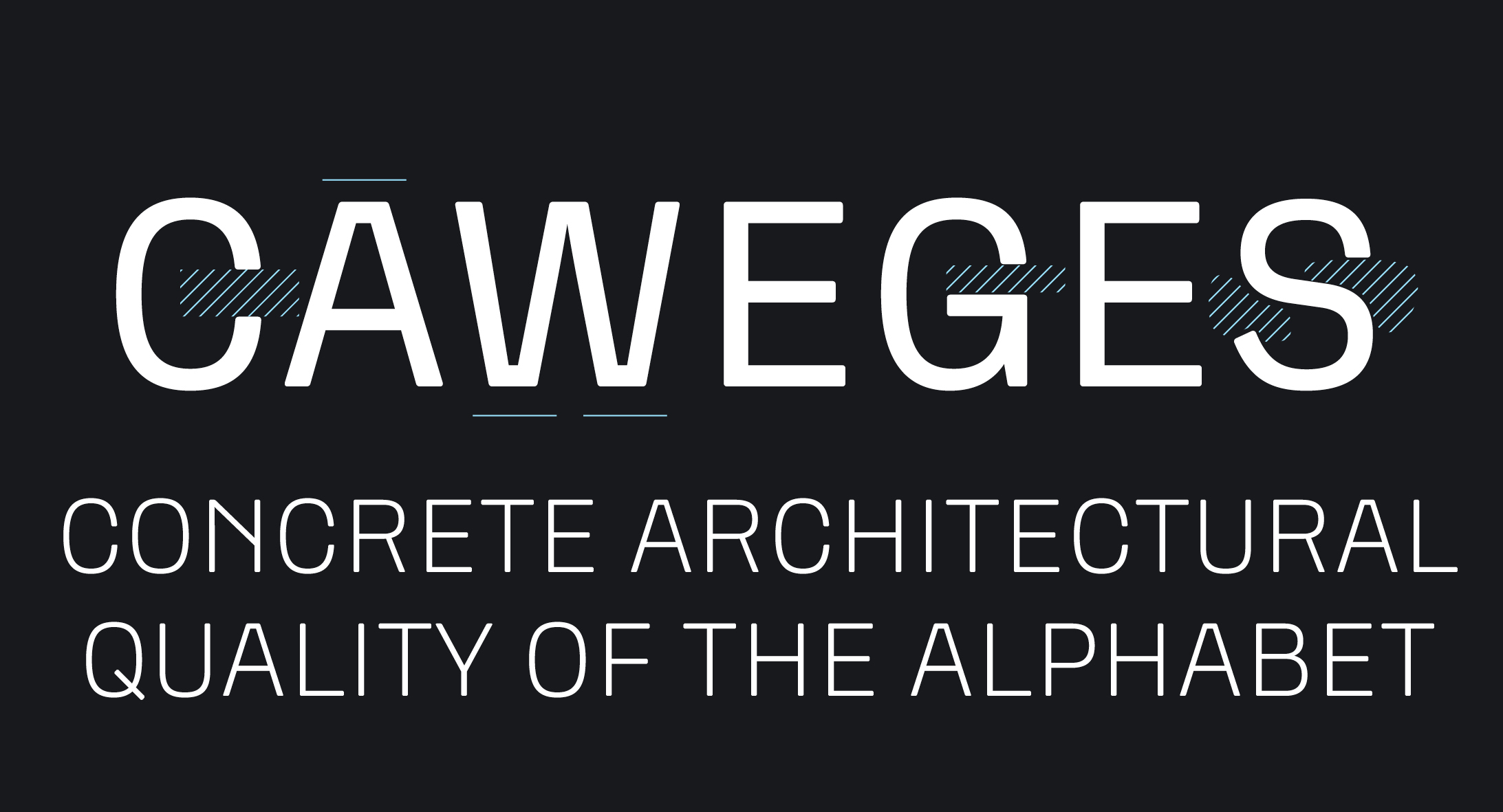 Altering the position of the letters' barycentre was a distinctive element of Art Deco lettering, in the first half of the 20th century. “In the 1920s simplicity and functionalism took over from the decorative excesses of the early years of the century in architecture and graphics” (J. Clough, Signs of Italy, Lazy Dog, 2015). We can recognise in these shapes the distinct traits of the Art Nouveau visual tradition revisited in more sober letterforms. Alphabets look simplified, but they keep a distinctive flavour because of the asymmetrical balance of the shapes. 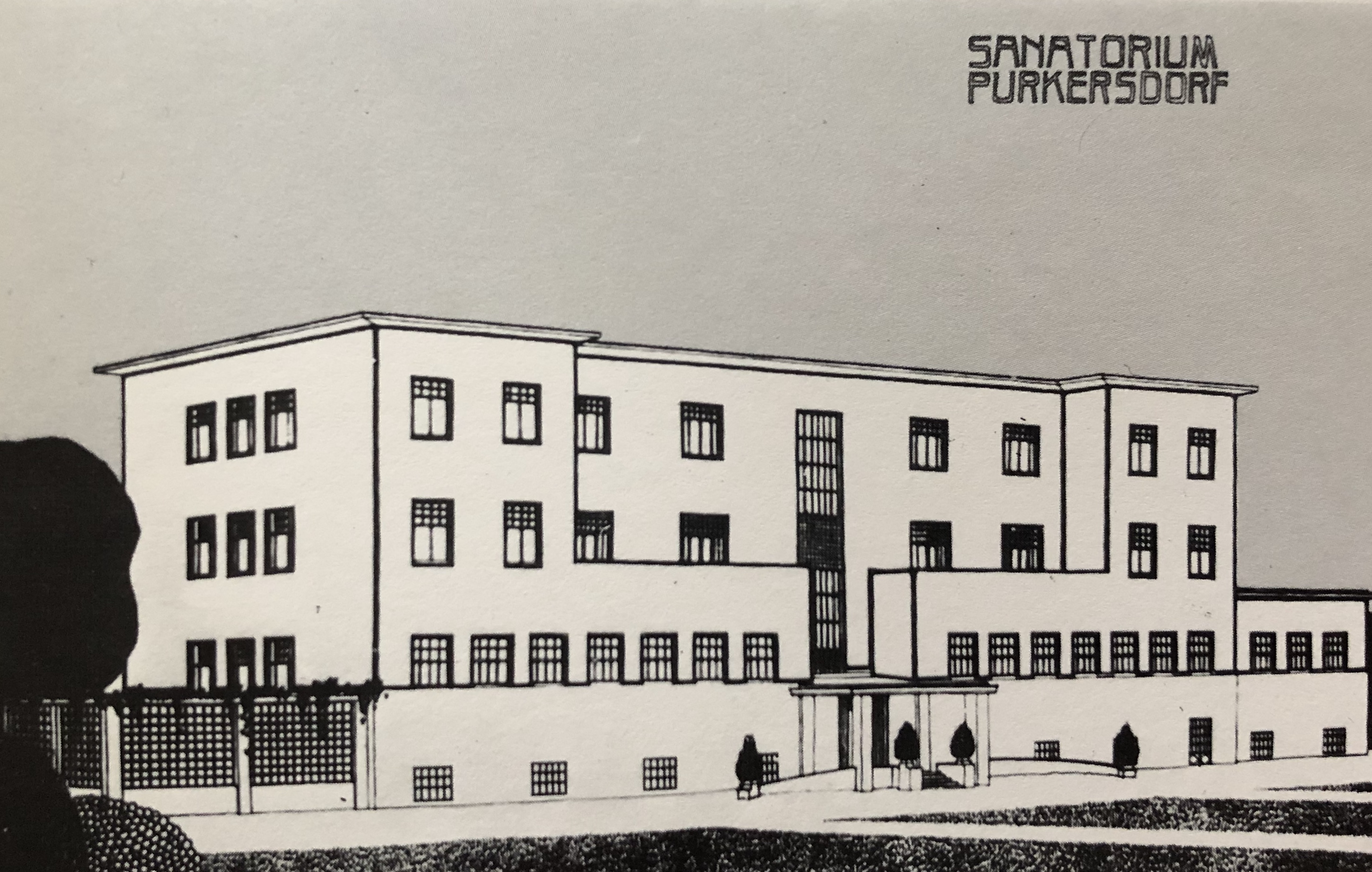 Rendering of Josef Hoffmann's Purkersdorf Sanatorium, 1903. The lettering on the top right reflects the composure of the pictured building. We can see how the letters barycenter is shifted; the counters are pushing towards the top. The white space within each letter generates an internal dynamism that creates a tension with the overall homogenous and blocky construction.
Working on this idea, gave the opportunity to add uniqueness to a geometric typeface where simplicity and linearity are the most common choices. Fabbrica finds a good measure, and its level of anti-neutrality does not affect the overall functionality.

The masses of white within the letters (marked in Blue in the figure above) act like forces that determine the internal dynamism of a shape. The stems lead the eyes in specific directions, and the overall balance of the letters is determined by a combination of these two elements: the weight of the counters and the direction of the stems.
Technical shapes
The architectural structure works as the underlying framework for the typeface. On top of this, the slightly squared letterforms accentuate its technical feeling. Rectangular shapes, with clear vertical axes, suggest an idea of manufactured objects and increase the sense of rationality. This is known in a tradition of technical lettering where consistency and modularity guaranteed a sense of order. DIN 1451 is possibly the most famous geometric typeface with a strong engineered connotation and it's characterised by squared, boxed counters, and a low contrast.‍

Fabbrica has more generous proportions, looser spacing and higher contrast than DIN. Curves are modulated and less mechanical, but they keep a recognizable overall technical feeling.
Fabbrica has rounder, softer shapes and a higher contrast that helps to keep a more approachable flavour, and works better at smaller sizes. It’s in the construction details, like the angular strokes in f, j and l, for example, that the font shows a mechanical, industrialised accent. Stems look like they were made by bending tubular steel, sturdy but soft at the same time. 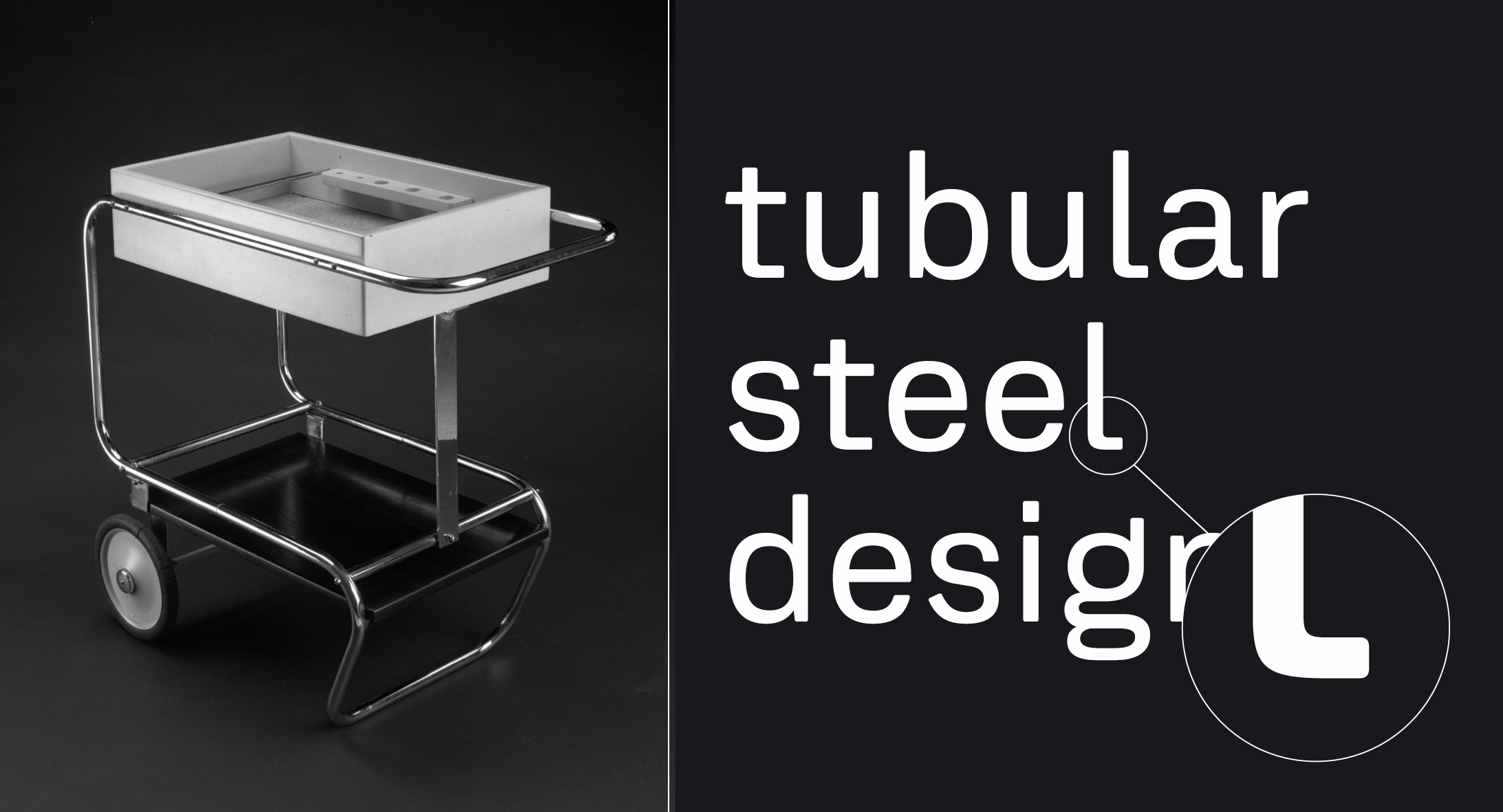 The angular strokes put an emphasis on the engineered flavour of the typeface. Tube steel bending is a manufacturing technique that creates a very specific feel. The solidity and strength of metal is juxtaposed to the softness of the shapes, making objects look sturdy but approachable. (“Beverage Cart” by Gilbert Rohde is licensed under CC BY 3.0)
Warmth and rationality
The technical shapes, within the architectural body, are softened up by using rounded corners, a detail that carries the flavour of handmade technical drawings.
There was a time when designers, architects and engineers made everything by hand with ruler, square, compass and pens like the Rapidograph. Technical drawings showed a peculiar combination of technicality, rationality and warmth that we can reconnect to the combination of the content, the support and the tool used. The representations, mostly planar projections and cutaway drawings, carry a sense of precision. The grey opaque tracing paper softens up the contrast, providing a perception of smoothness. The lines traced with the technical drawing pens have dull, soft corners that add warmth to the composition. 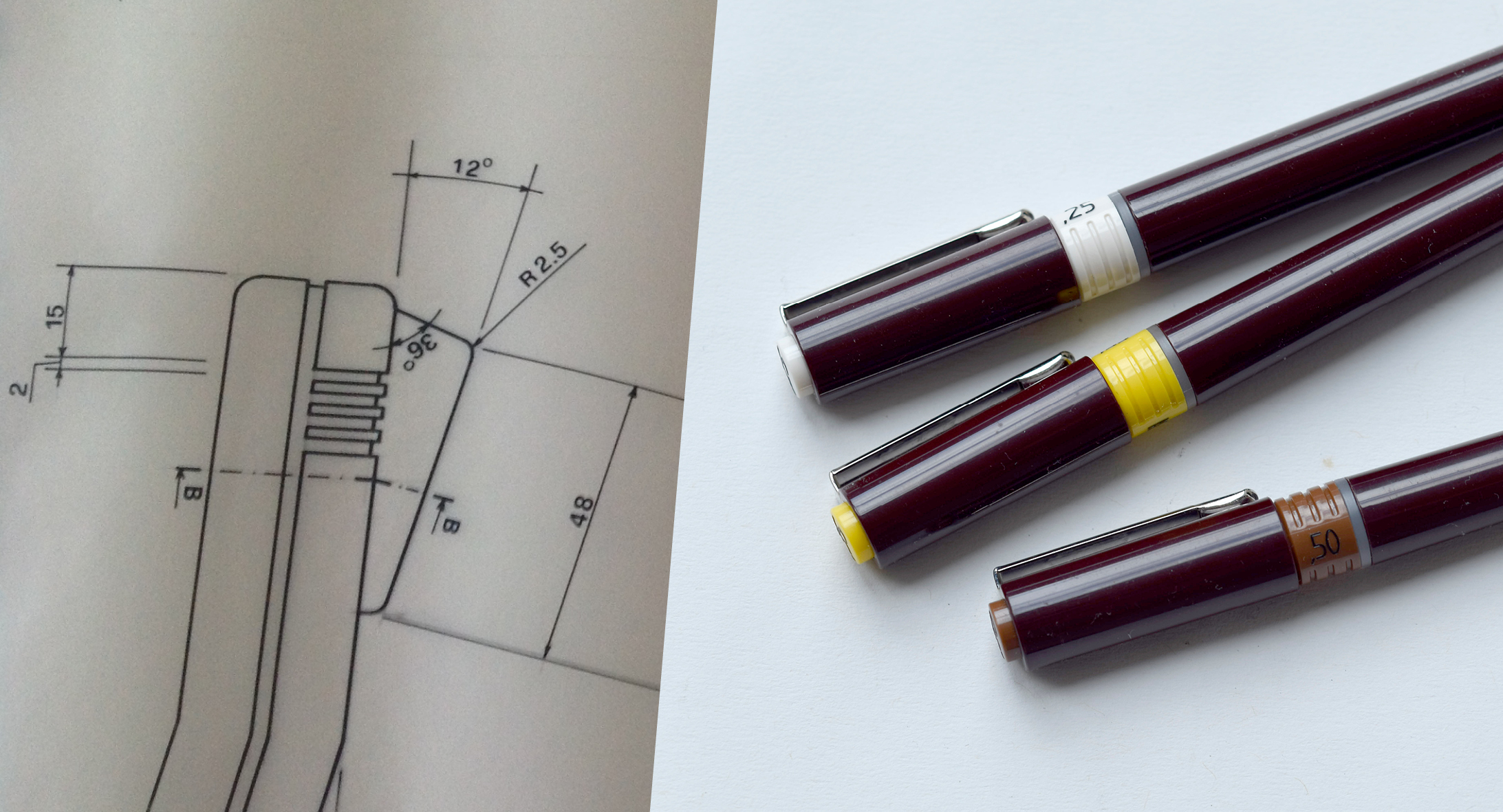 Technical drawings have a mix of rationality and warmth. In the example above, text and numbers were placed using dry transfer letters (Letraset). On the right the Rapidograph pens, iconic tools that make a uniform line with rounded endings.
It sounds obvious as soon as we realise it: any line drawn with a Rapidograph pen will never have perfectly sharp corners. The ink flows from a tubular shape and the minimum visual element it draws is a circle. Interestingly, modern software for technical drawing kept this element alive, and it became part of their visual vocabulary. 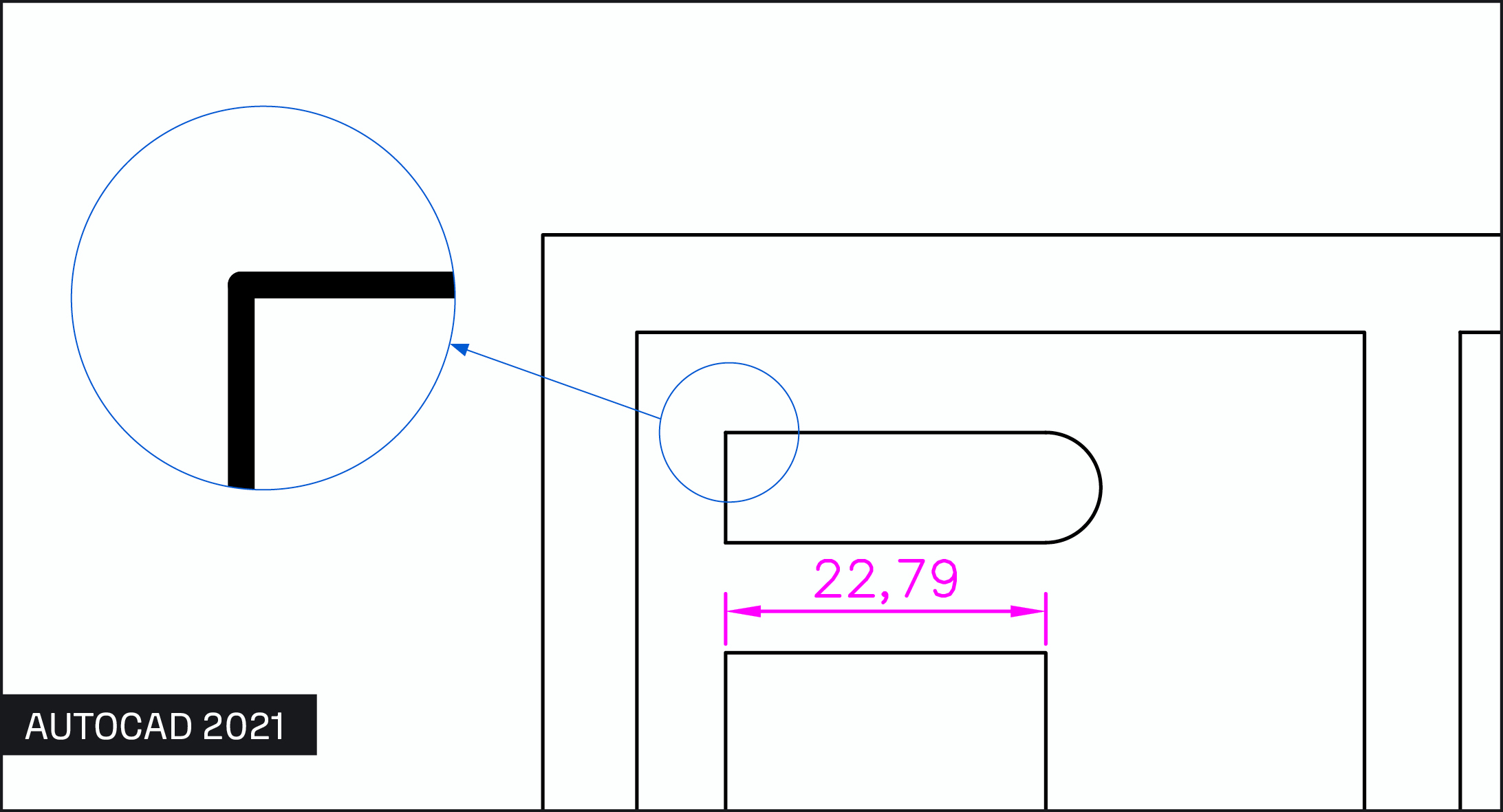 Rounded end tips became a popular element of technical drawing visual culture that was brought into the digital software.
Technical pens were used together with a variety of analog devices before the digital era. Handling these instruments helped to understand how tools can influence the shape of letters. They are a useful source of reference to define the nature of technical letters and to inform the design of a contemporary typeface. Like the lettering guides made by Normograph, Standardgraph or Tecnostyl; pre-cut templates showing sans serif models with broad rectangular counters, and often with generous apertures. Or the very popular Leroy Lettering Set, stored in a wooden box that is a wonderful piece of industrial antiquary by itself. One of the interesting features of this system is the possibility to trace letters at different angles, based on the same guide. We can draw not only an upright version of the typeface, but a slanted, and a back slanted one.
A concept set for Fabbrica Slanted and Backslanted. 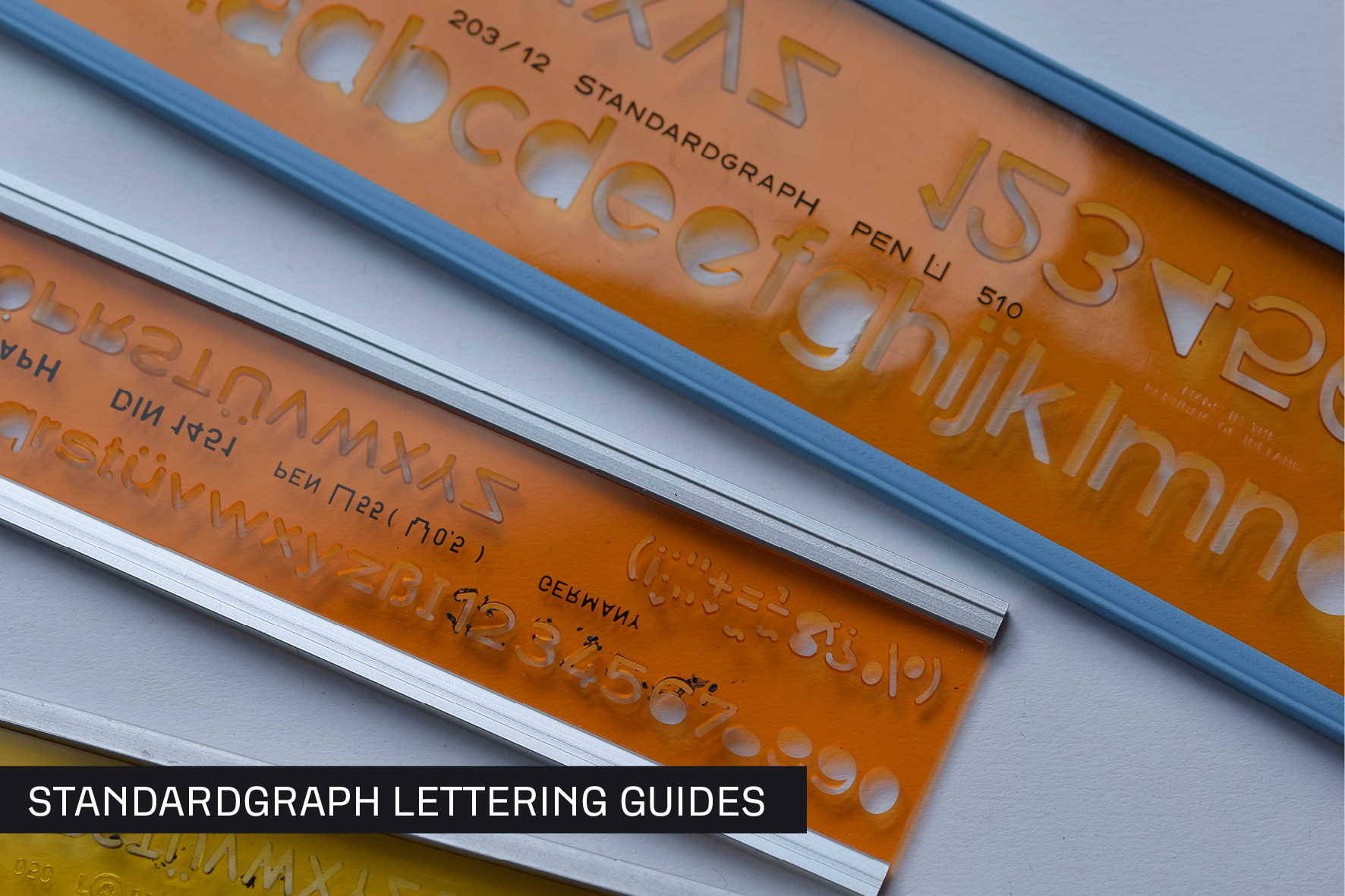 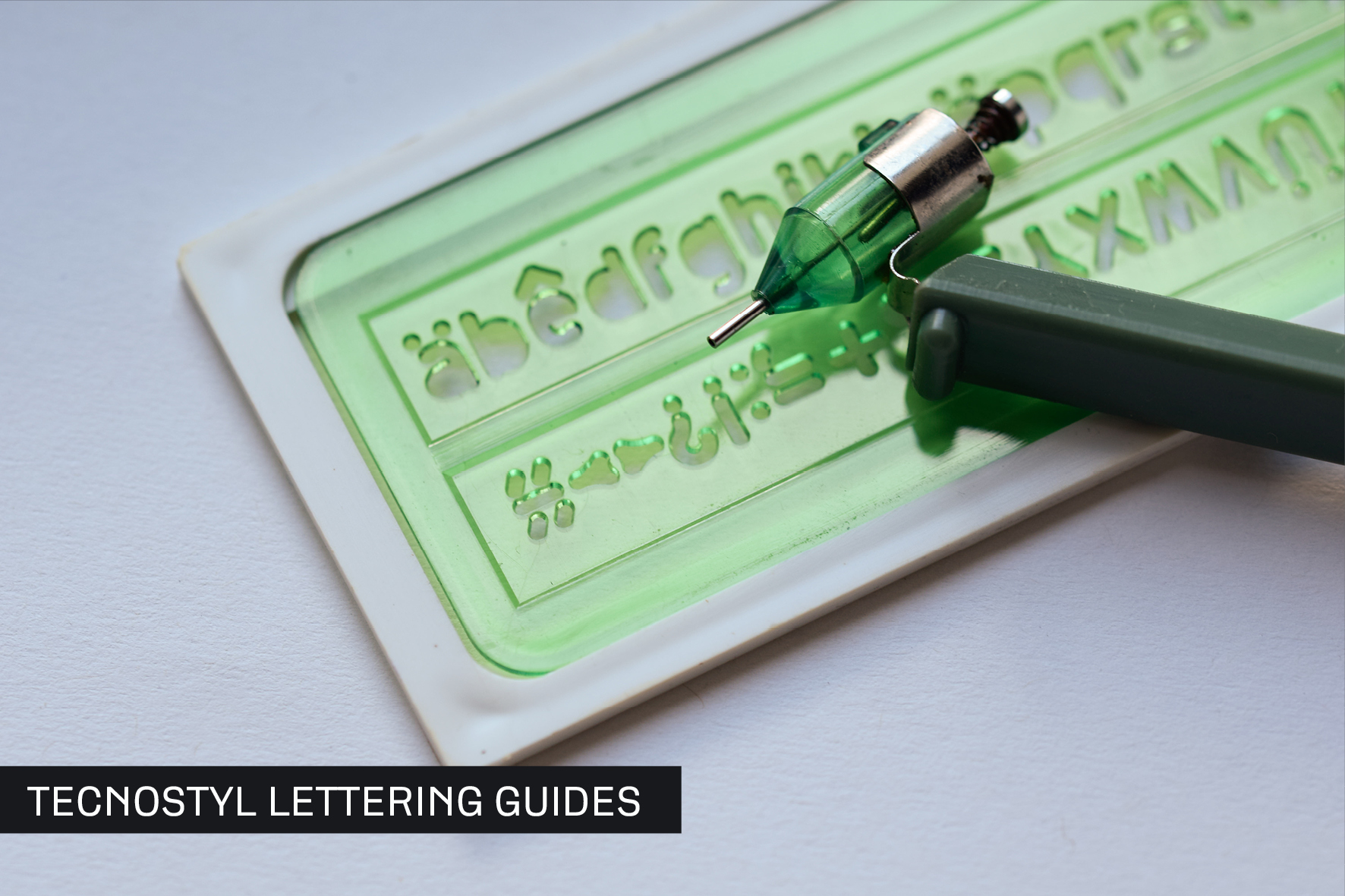 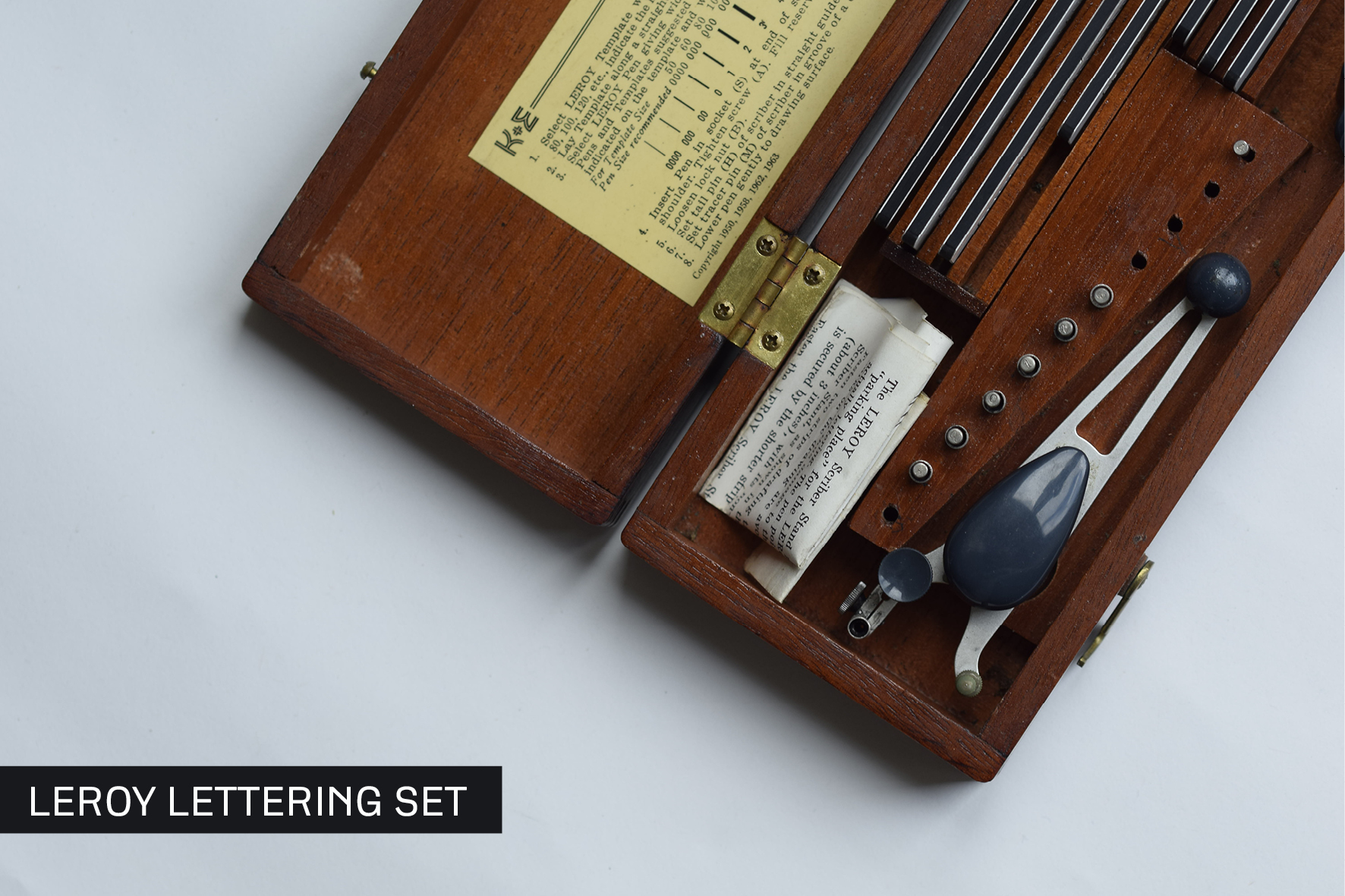 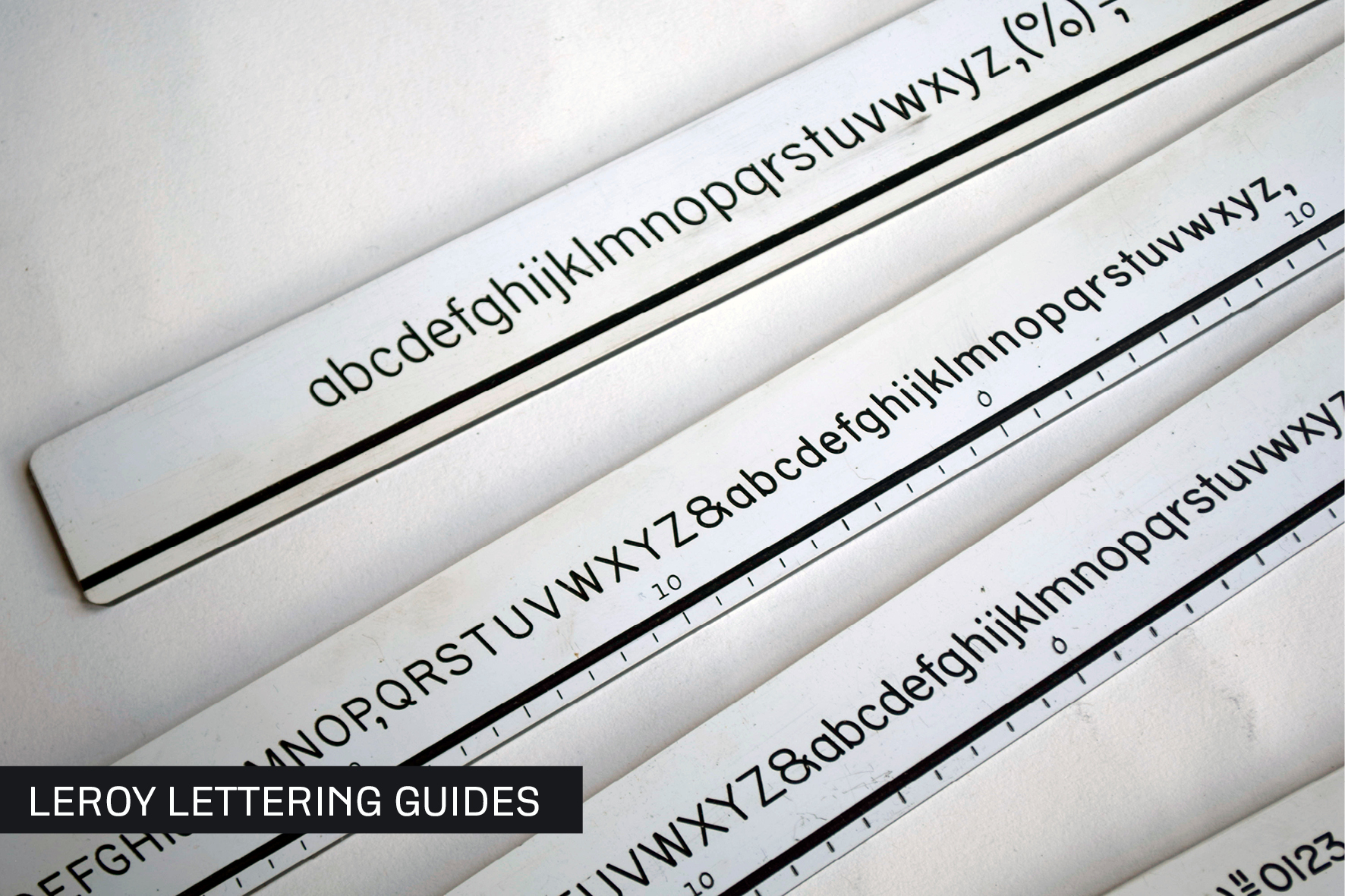 Lettering guides were cut out templates used with a technical pen, like the Rapidograph. The Leroy lettering set, made by Keuffel & Esser, was different. The user was guiding a device along the carved letters on the template, while a pen connected with an arm to the same device was drawing on the paper.
The font family
‍The font comes in eight weights upright, ranging from Thin to XBold, and it supports all European languages written with Latin script.
The entire family is coupled by Fabbrica Sharp where each weight has sharp corners. This gives the designer an extra card to play. At smaller sizes, with low resolution printing devices, sharp corners help to contrast the excessive natural rounding that occurs. Or at bigger sizes, they provide a sharper and more punchy feeling. 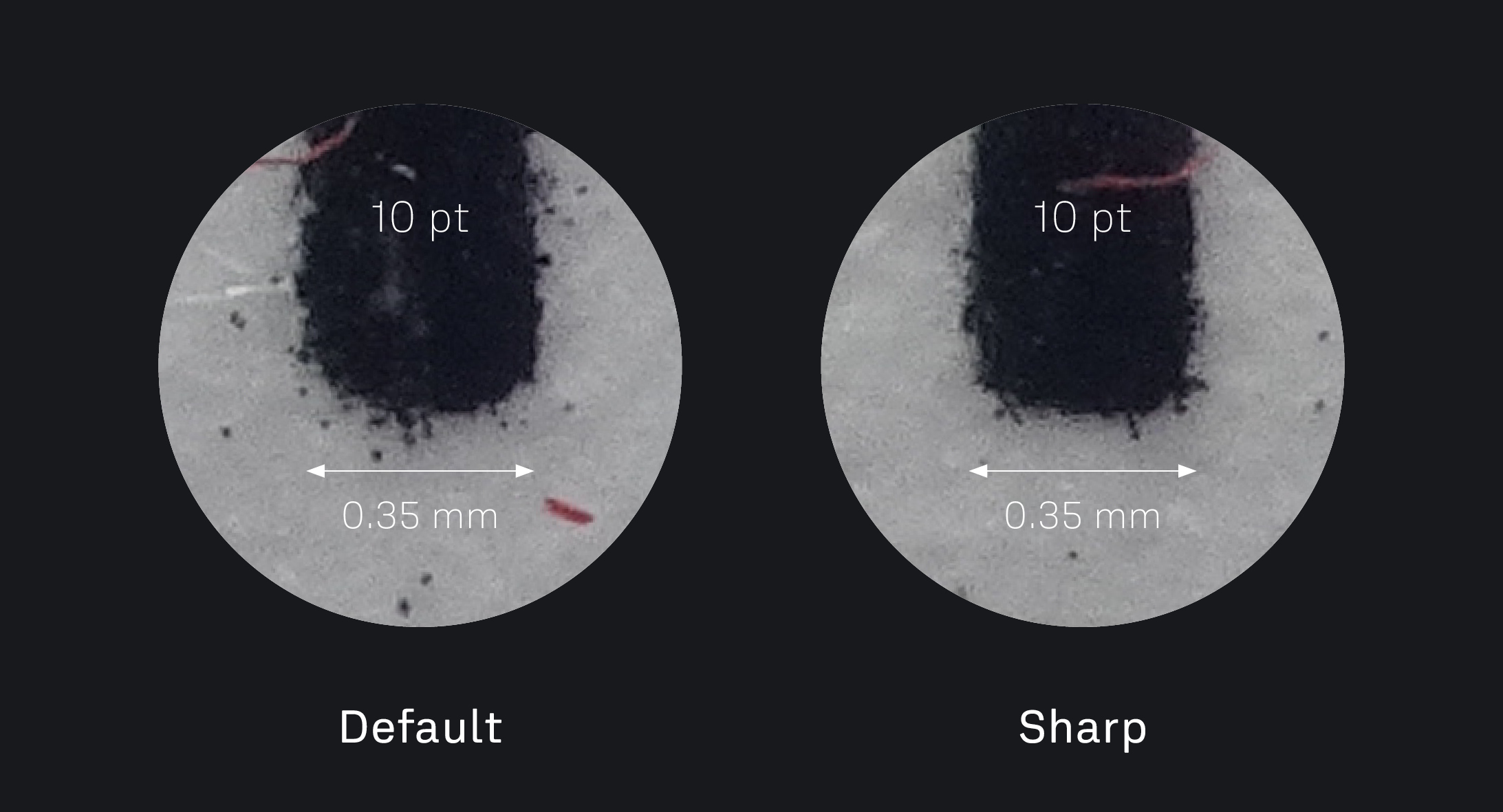 In the image above, we can see a magnification of a 10 pt laser printed n's stem. The Sharp version of Fabbrica has letters with sharp corners, and we can see how, at smaller sizes, a natural rounding of the corners occurs.
The font also includes a set of alternates that users can select to adjust the text’s flavour. They can push the architectural character using the more structured shapes of E, K, N, Q, R and k. Or rationalise the texture adopting a more streamlined version of A, V and W, and adopting a letter l without the tail. If, at bigger sizes, the more angular elements appear too strong, they can pick up softer shapes for a, f, j, l, t and y. Or having any combination they prefer. 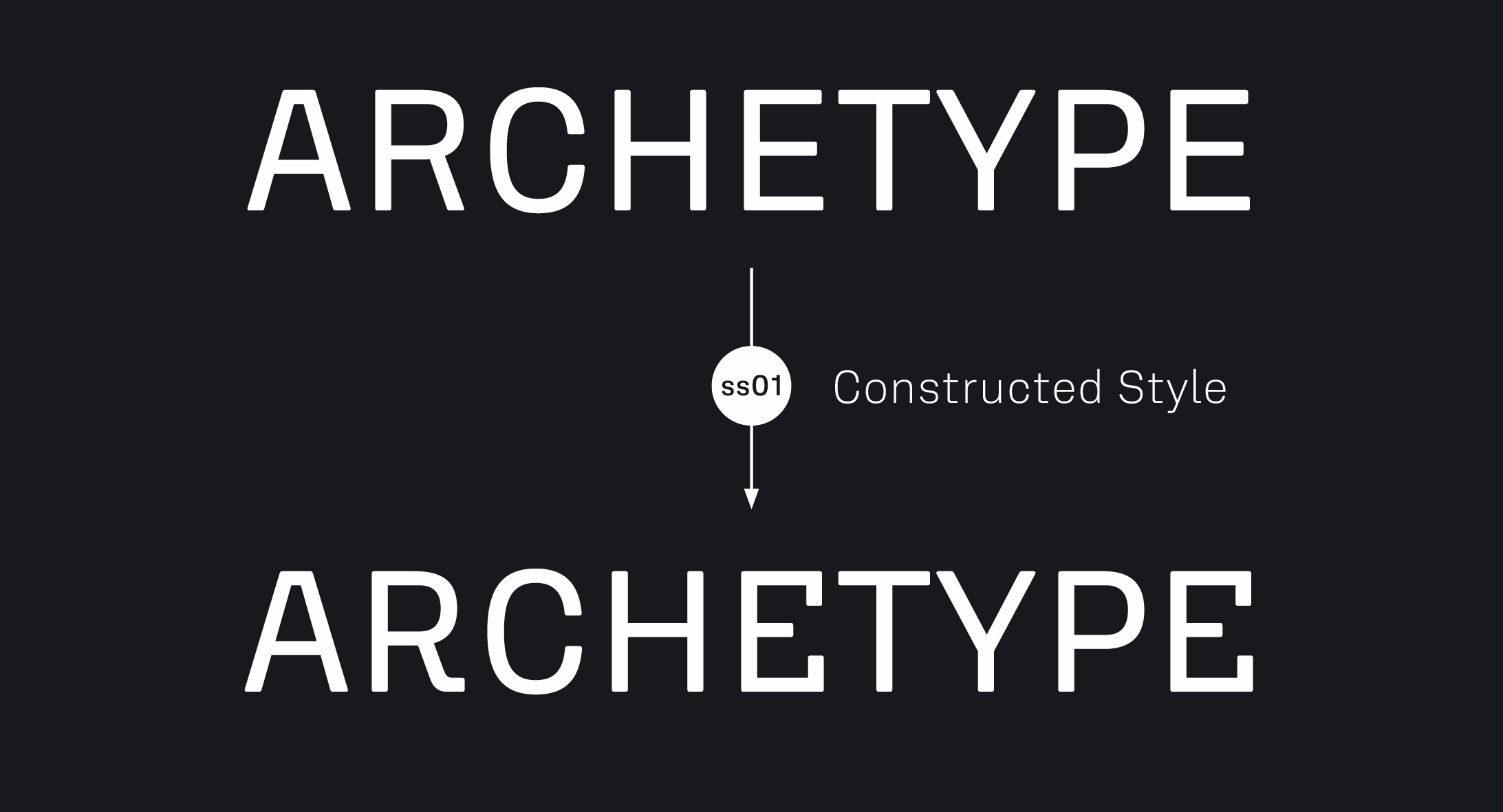 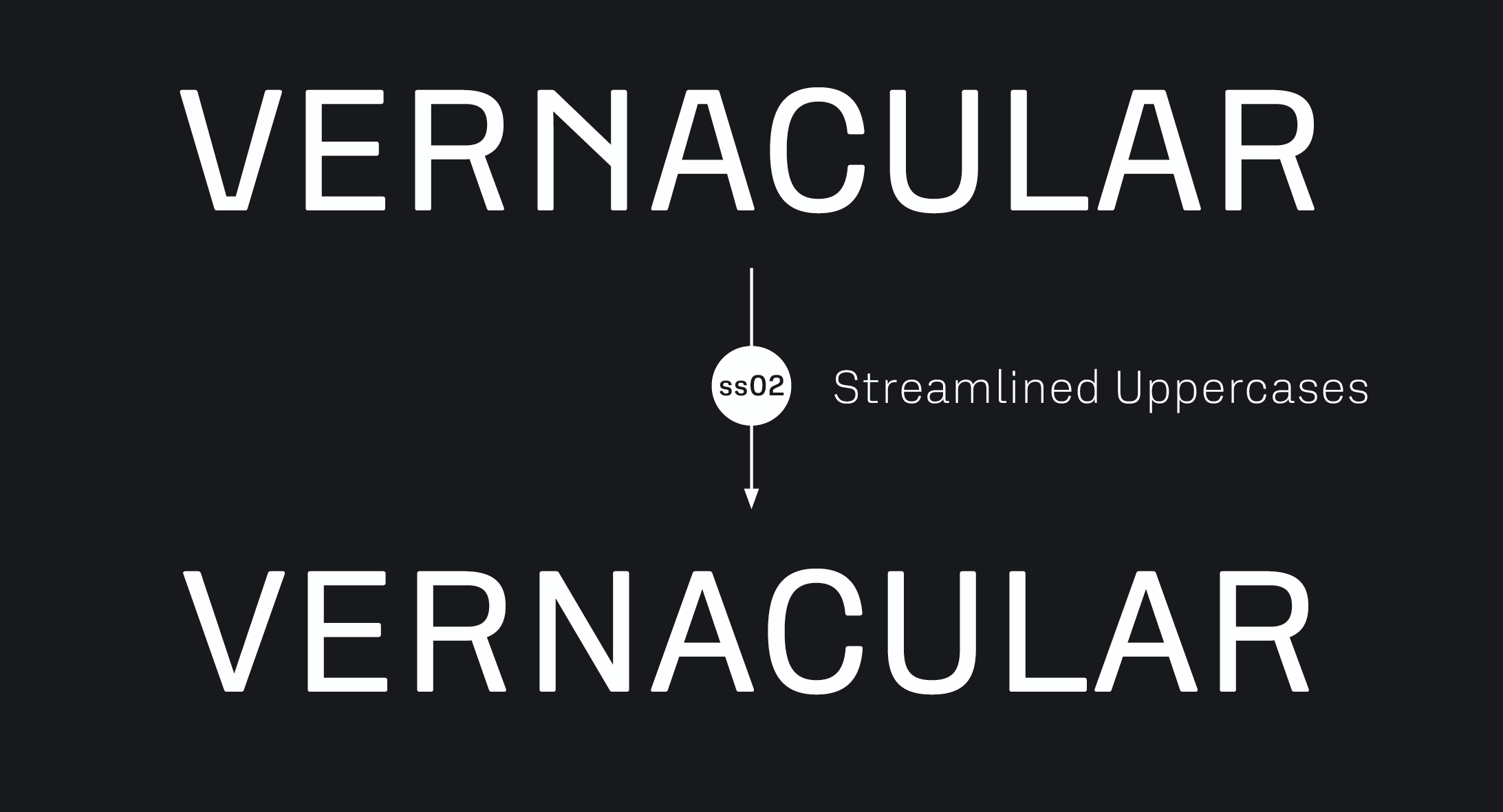 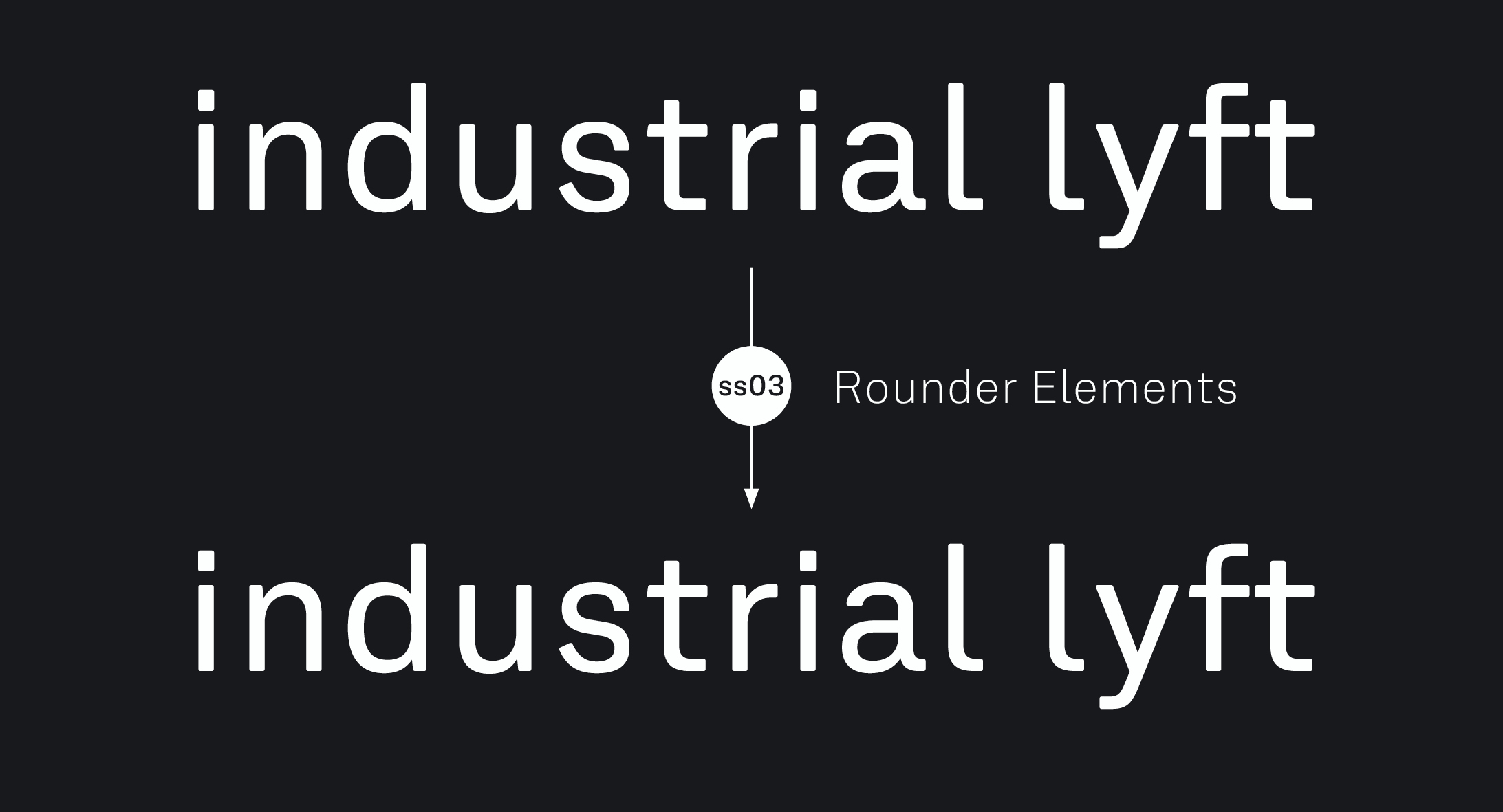 Some stylistic alternates accessible via OpenType features. These sets give the designer the opportunity to tweak the feeling of the text according to the visual requirements of the project. Pushing a more constructed flavour, adopting more streamlined uppercases, or toning down the engineered feeling adopting rounder elements.
Why Fabbrica?
Fabbrica is a solid and versatile typeface. The typeface proportions, shapes and details work at different levels, making the font adaptable to the context. Extremely functional and readable at smaller sizes, it brings a distinctiveness that plays a role for big headlines or titles. The user can fine tune the composition adjusting the size, the weight and the set of alternates.
It has a technical, engineered flavour, but with a distinctive approachability. Not confusing neutrality with flexibility, Fabbrica is a clear alternative to more generalistic geometric typefaces.
Buy Fabbrica
or Get Trial fonts 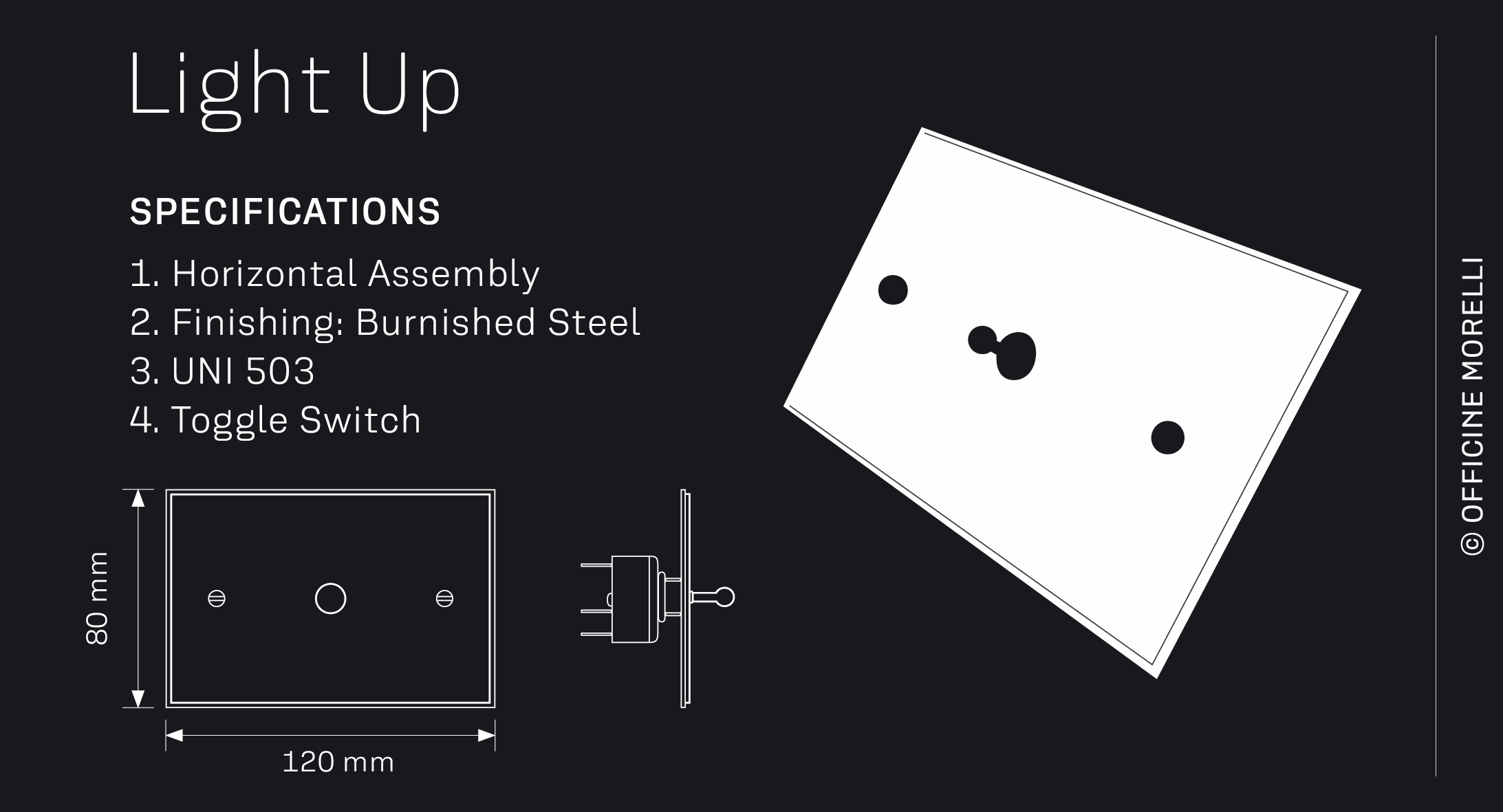 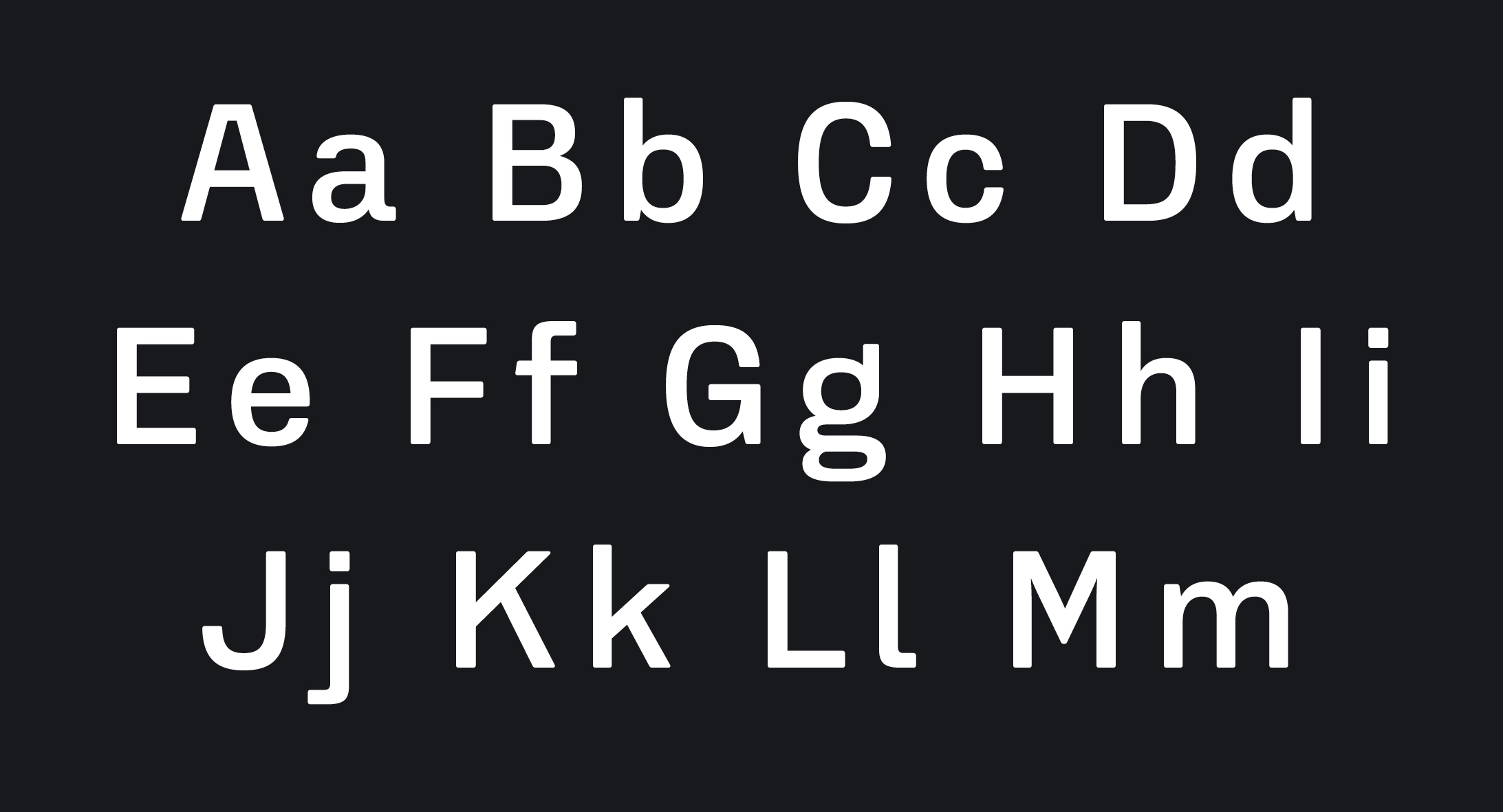 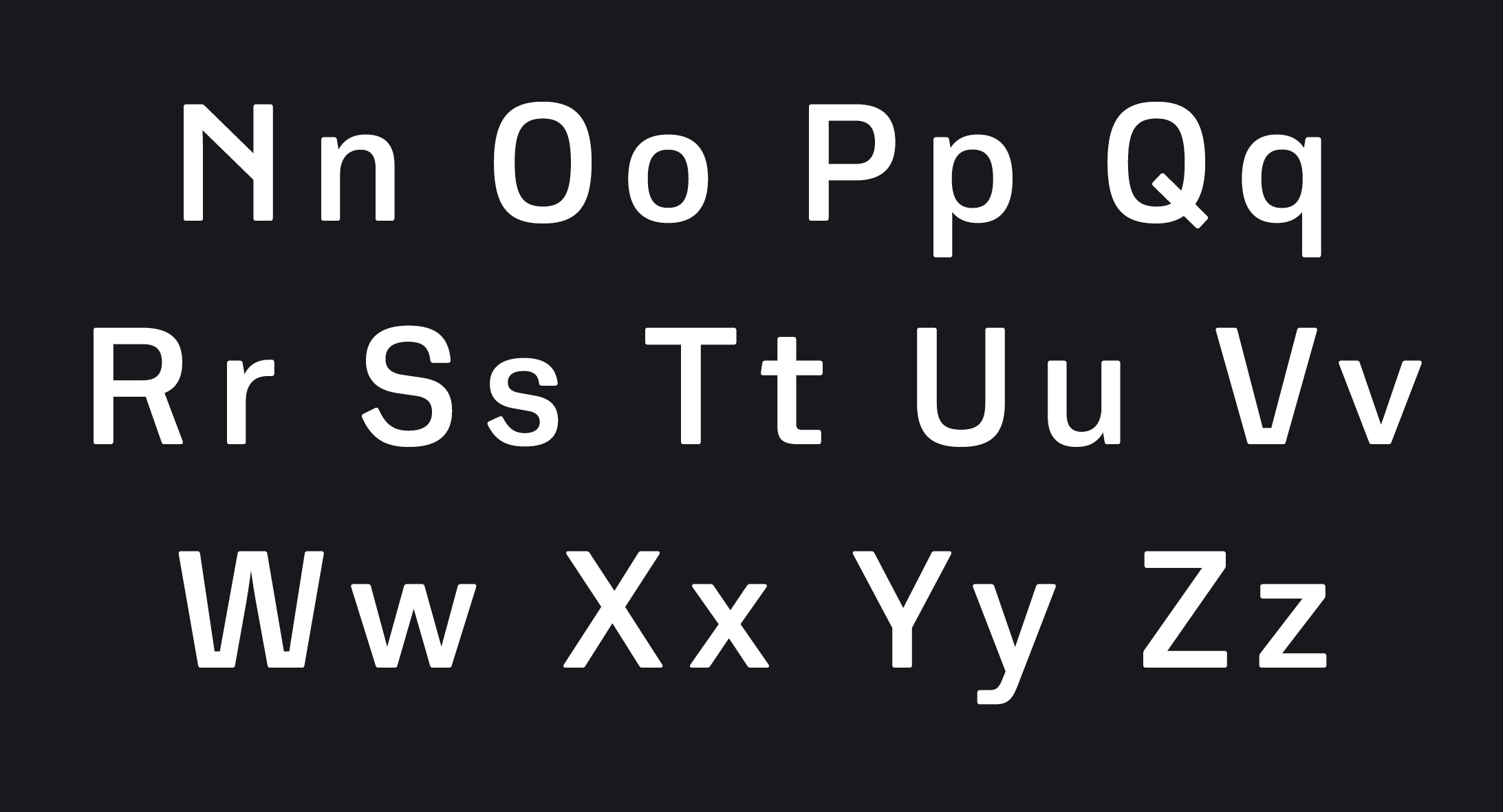 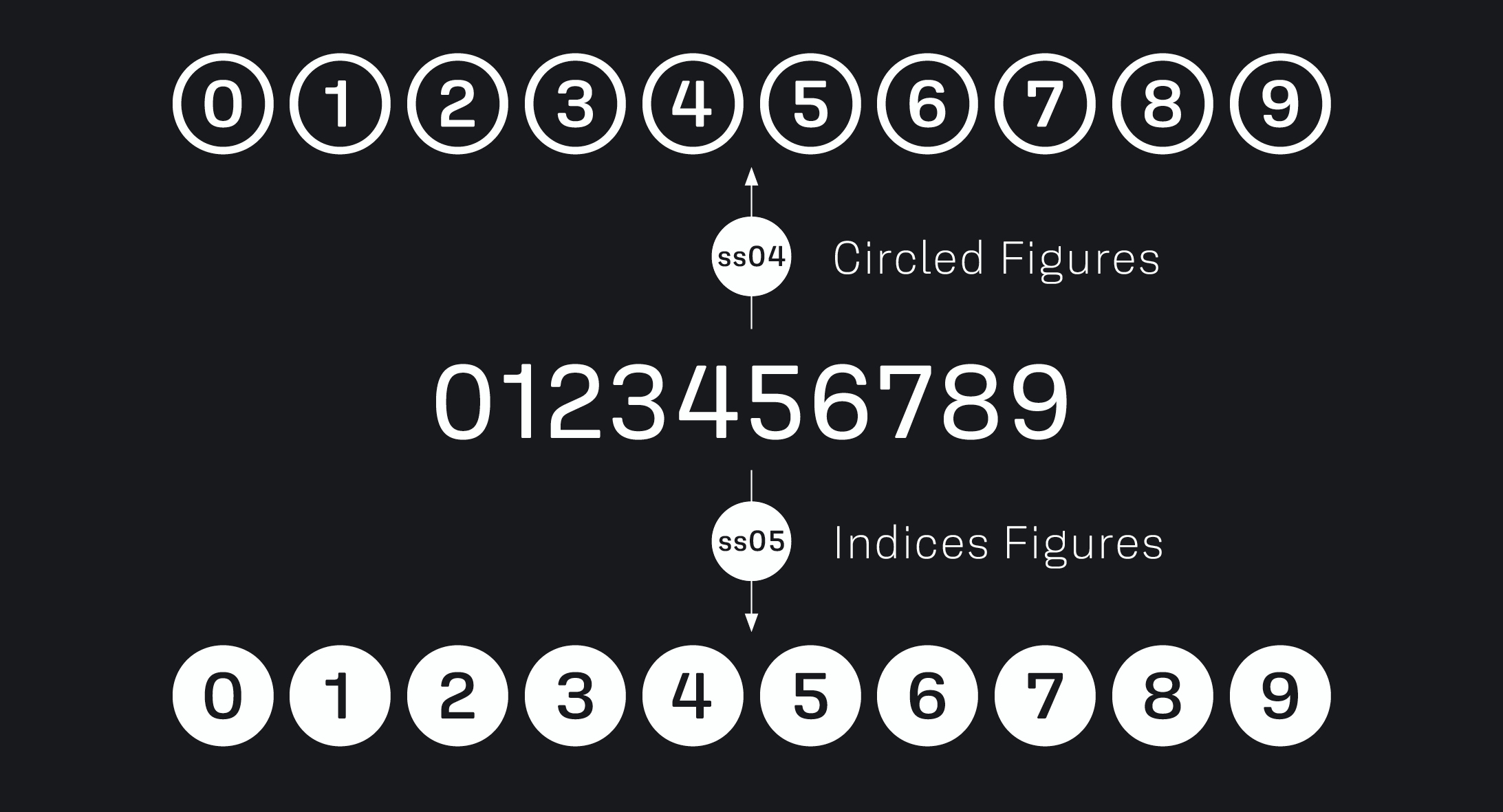 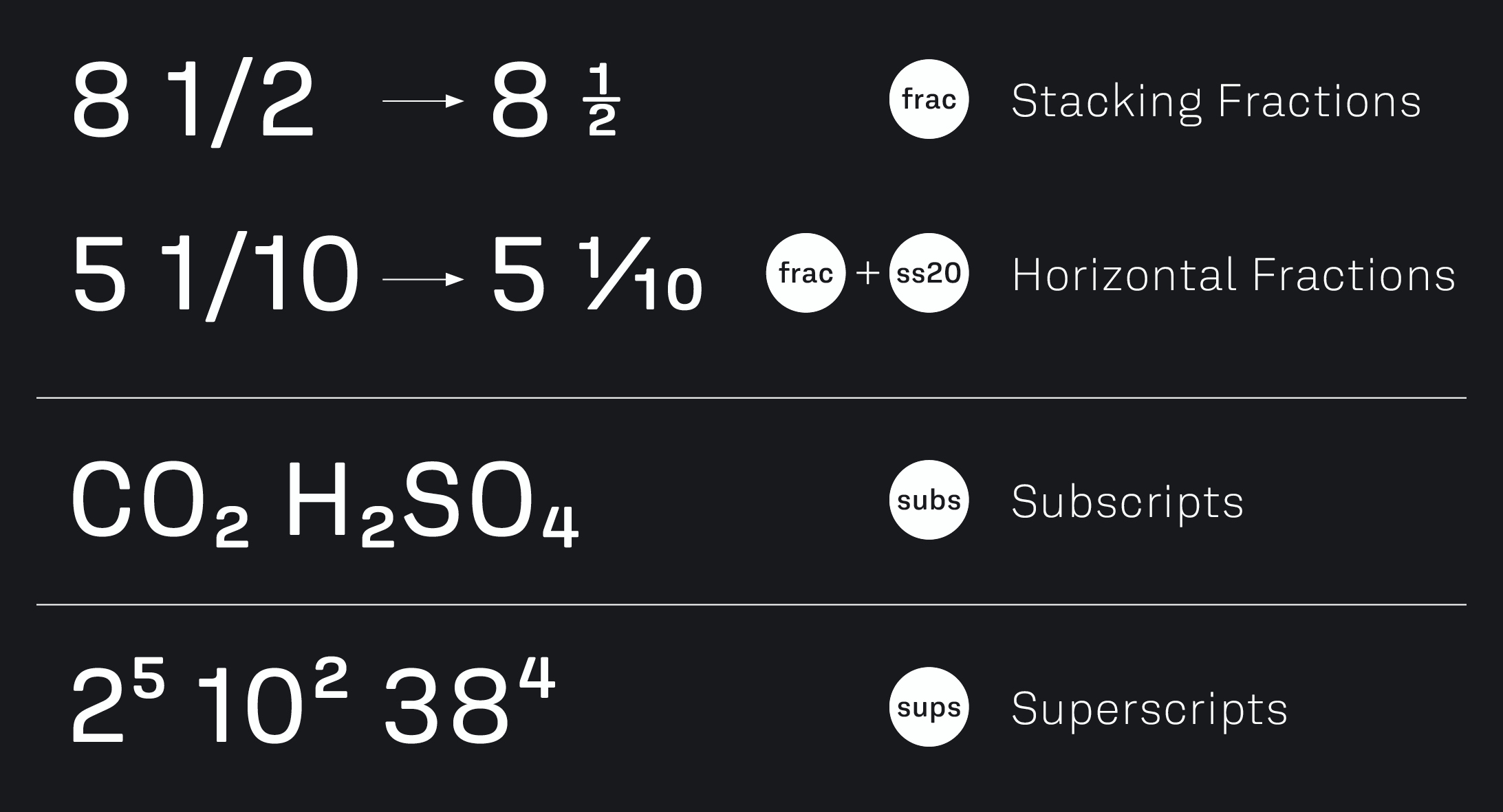